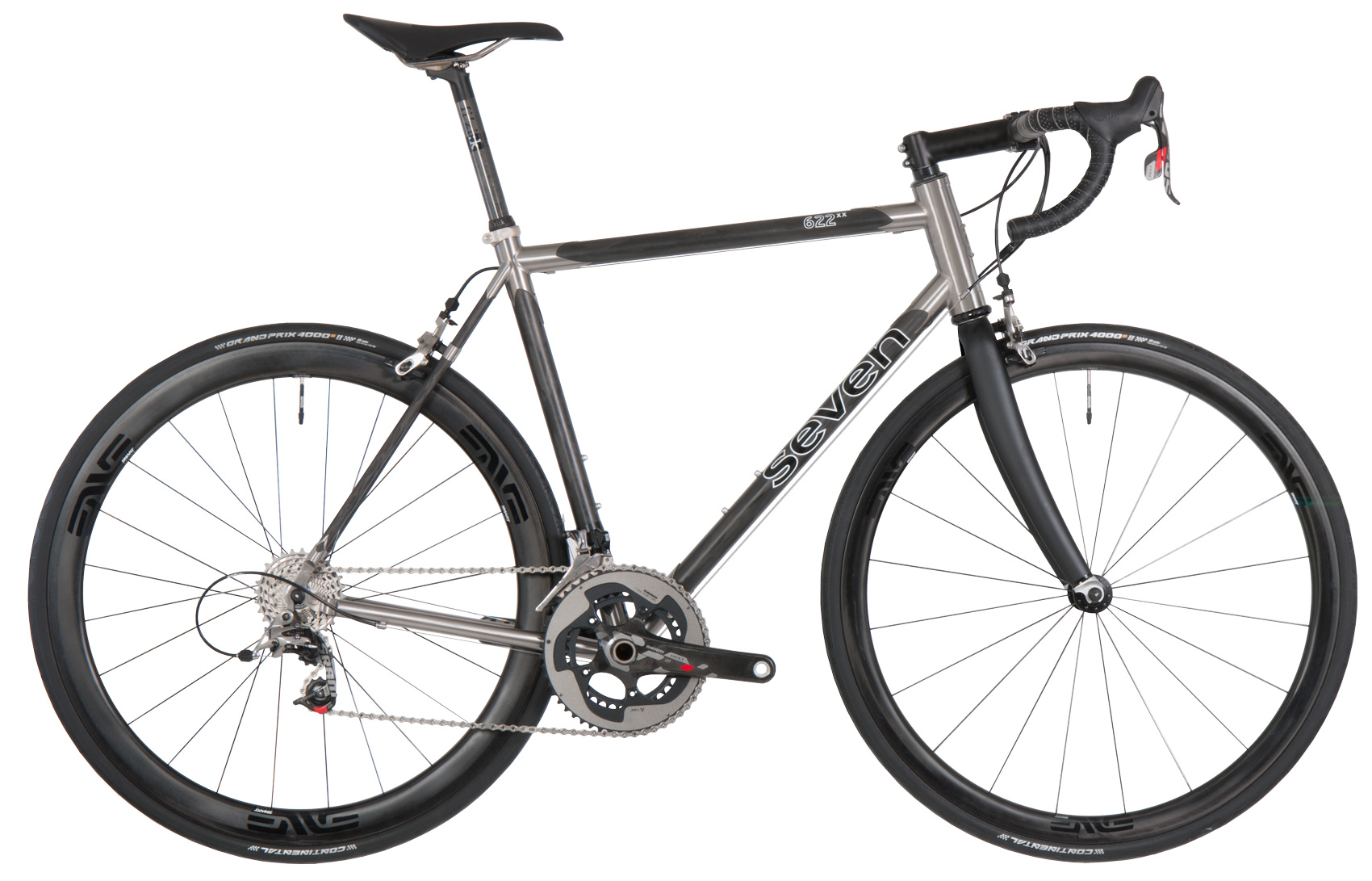 The 622 XX is the culmination of more than two decades of bike building experience, a sculptural blend of titanium and carbon fiber. The carbon fiber makes it light and stiff. The titanium gives it a lively ride quality and a durability that belies its aesthetic appeal. The end product is race ready, but at home on any group or solo ride.

Paint and Decals Signature Size Geometry What to Look For
Prices starting at $7,729.
Build your bike now or See our complete list of 622 XX pricing.

Sevens can be built with your choice of components. For details and price quotes, please contact your retailer.


Sevens can be built with your choice of components. For details and price quotes, please contact your retailer.

What They’re Saying about the 622 XX

“Even though the 622 XX appears to be an essentially carbon fiber bicycle, it’s very different from most other bikes on the market. The presence of the titanium lugs and chainstays means that a good deal of vibration that would ordinarily reach the rider doesn’t.”

“When the Seven 622 XX arrived in the office, a UK exclusive for Cyclist, we weren’t sure whether to ride it or frame it and hang it on the wall. It’s a thing of beauty. The titanium lugwork is a blend of functionality and art form, as if it has been draped around the carbon.”

“I’ll admit that I was surprised by what I found out on the road. I knew that the 622 XX would have come a long way since the notoriously ‘whippy’ frames of a similar construction that were produced in years gone by, but I still suspected that, by the current standards of carbon frames, the 622 XX would struggle to keep pace. Not the case. The platform offered by the 622 XX is reassuringly sturdy, standing firm under both seated and standing pedaling inputs.”

“There were moments on this Seven when I found myself pedaling hard but blissfully unaware of any specific points of contact with the bike. It’s impossible to say it without it sounding cheesy, but it was at times like the bike had disappeared beneath me. It’s not the only occasion I’ve felt this way, but it usually only happens on a bike that I’ve owned and spent months moulding to my own specific needs and dimensions. It’s rare to have one of those ‘moments’ on a test machine.”

“The ride is flawless and so it should be. Taut, responsive, nuanced and brimming with undertones of distinction.”